Last Friday it finally came to pass: the first Avalanche indoor skate trip of this year was a fact! (For some of us even the first time ever.) At Eindhoven Central we gathered and were right in time for the train to Den Bosch. Before we knew it, we hit the road in Den Bosch and took our boards over to World Skate Center. Once there, after a quick corona check-list, we entered the hall with great astonishment (at least for me it was astonishing..) It was unlike anything I had ever seen. Built in what looked like an abandoned factory were four different skate areas. At the entrance, you had what they call the ‘Kids Corner’: a stretched area with different kinds of ramps at both ends and several obstacles in the middle. This was the ideal place to have some fun no matter what level you are. The area also featured enough space to practice some sick tricks. At the back of the hall, a swift street section was built for the more experienced skater, with more height differences. But even here, you could make some really nice lines as a beginner, as Anemoon proved. With almost no prior experience, she immediately took the ramps like a pro! Then there was a stair leading to a very nice surprise: a menacing mini-ramp… Constructed above the Kids Corner and almost against the roof, it really was a hidden gem. While being blasted away by the skills of a pro kid, we tried our hand at pumping the ramp. Vera quickly got the hang of it and pumped her way almost off the ledge! Downstairs again, I rested a bit while enjoying a beer generously provided by Tayron, who did the sickest grind. 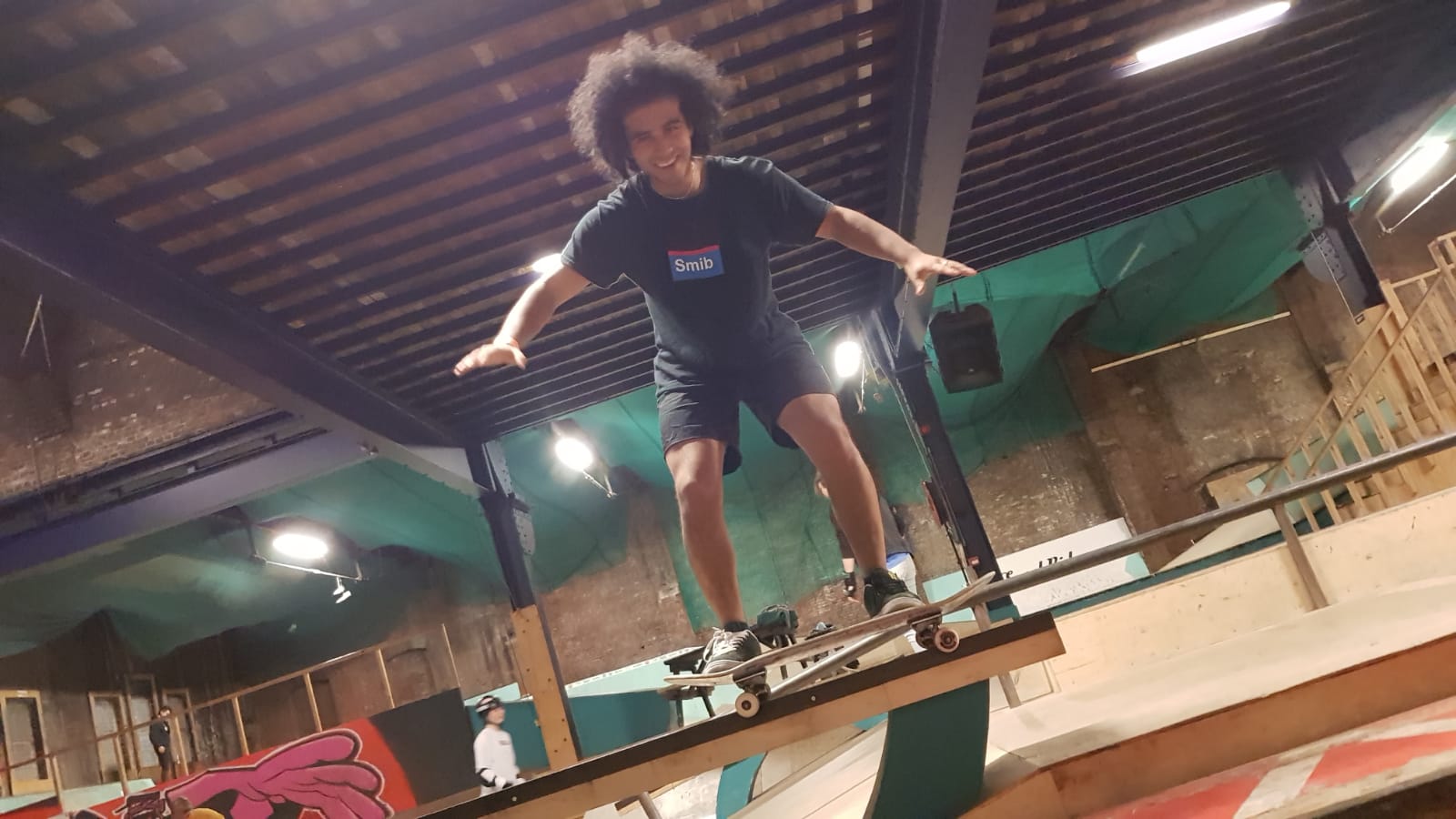 With some new energy, we went on deciding what to do next. And that’s the fun with skateboarding. There is so much to do! You can go on practicing something for as long as you like and once you become bored, you just ride around and try something new. Especially at a place like this, you can keep yourself entertained until pass out. Which we almost did.

A little throwback to our jump sessions at Jump XL

Because our brand new Avalanche shirts arrived, we

Each committee has its own color: